Baobab Collection has a extremely wide range of luxury scented candles inspired by marvelous places from all around the world. Let us guide you through their fragrances and discover the marvelous world of Baobab!

Baobab Collection: embark on a journey around the world

Vegetable and fresh fragrance that evokes National Park in Tanzania known for its exceptional safaris.

Today there are 5 species of rhinos surviving onearth. Two species, black and white, occur in Africa. The white rhino’s name derives from the Dutch “weit” meaning wide, a reference to its wide , square muzzle adapted for grazing. The white rhino, which is actually grey, has a pronounced hump on the necl and a long face.

Victoria Falls or ‘Mosi-aa-Tunya’ (the Mist that Thunders) are one of the Seven Naturals Wonders of the world located in southern Africa on the Zambezi River between Zambia and Zimbabwe. This waterfall is claimed to be the largest in the world.

Zanzibar, an island located at east of Tanzania in Indian Ocean, has a long trading history within the Arab world. The capital is Zanzibar City, known as Stone Town. Zanzibar’s main industry is spices. In particular, the island produces cloves, nutmeg, cinnamon and pepper. For this reason, the island is called the ‘Spice Island’.

Madagascar, the ‘Big Island’ in the Indian Ocean at east of Mozambique, is the largest producer of vanilla beans in the world. Madagascar Bourbon vanilla is considered to be the highest quality pure vanilla available, described as having a creamy, sweet, smooth, mellow flavour.

Serengeti National Park is the best-known wildlife sanctuary in the world. With more than two million wild animals, half a million Thomson’s gazelles, and a quarter of a million zebras, it has the greatest concentration of plains game in Africa. The name ‘Serengeti’ comes from the Masaai language and means ‘endless place’.

Pastoral nomads from the northern regions of Tanzania, Masaai people are dressed with their traditional red coloured coverings. The Masaai’s culture centres on their cattle which provides many of their needs. The land, cattle and all elements related to cattle, especially the grass, are considered sacred.

The Miombo woodlands in the heart of southern Africa make up the largest continuous dry deciduous forest in the world. It extends across the continent from east to west, crossing the countries of Angola, Democratic Republic of Congo, Malawi, Mozambique, Tanzania, Zambia and Zimbabwe.

South Africa’s largest river, the Orange River rises in the Drakensberg in Lesotho from where it flows westward throught the Kalahari, Namib deserts and the prohibited diamand zone to finally flow into the Atlantic Ocean at Alexander Bay.

Natural pearls have been perceived as gemstones and objects of beauty for many centuries. Since then, the word “pearl” is metaphorical for something very rare, fine and admirable.

A decorative and scented delight with this floral fragrance. The musc and jasmine give an appeasing and sensual scent to this wonderful candle.

The Coral Pearls Max 16 candle by Baobab Collection is a decorative and scented delight with notes of Wisteria and Orange blossom.

Prestige Collection: all Baobab candles are poured by hand into vases that are blown by craftsmen glassworkers making each item unique. A beautiful black ribbon is applied to this surface adding a minimalist and pure touch of elegance.

Chinese ink, which may have been first developed in either India or China, is a type of ink mostly used for the oriental writing, drawing and painting. It enjoys a spacial prestige to numerous persons, who put forward his indelible and permanent character, and a reputation of mysterious product, coming from secrets of ancestral manufacture.

According to the legend “Cuir de Russie” was born at the time of the tsars when a Cossack warrior, galloping all day long across the endless Russian steppes and meeting other bold horsemen around a wooden fire in night closing, came up with the idea of rubbing his leather boots with birch bark in order to waterproof them. An exceptional scent started to fill air, Cossacks immediately fell in love with it.

The moonstone is characterised by an enchanting play of light. Indeed it owes its name to that mysterious shimmer which always looks different when the stone is moved. In earlier times, people belived they could recognise in it the crescent and waning phases of the moon.

The Electrum range is based on luxurious metals used throughout the ancient world, with designs inspired by the three largest pyramids of Giza (Kheops, Khephren & Mykerinos). The three Electrum scents are available in four different sized candles and as a diffuser, along with a comprehensive range of home fragrances from Baobab.

When lighten, the candles from the Exclusives Collection reveal their transparency.

Platinum is an extremely rare metal, and is 30 times rarer than gold. In the 18th century, platinum’s rarity made King Louis XV of France declare it the only metal fit fot a king. The frame of the Crown of Queen Elizabeth the Queen Mother is the first British crown to be made of this particular metal.

New: Baobab Collection finds its roots in Africa and the Jungle Safari Collection is naturally inspired by the incredible African wildlife. Black & white iconic skins have been associated to create an avant-garde and elegant collection. Jungle Safari celebrates the rise of Africa into the contemporary fashion world.

With spicy and woody notes, the fragrance is subtly savage and masculine.

To pay tribute to the extraordinary nature of the island of Madagascar and its inhabitants, Baobab Collection has reached out to the famous Belgian photographer Serge Anton. Faces and materials become true works of abstract art behind his camera. He shines light on artisans, and immortalizes the magnificent baobab trees. This gives the M Project a strong artistic identity that will be revealed through a travelling exhibition.

The M Project perfumes were created in total harmony with our global approach. The essences such as ylang ylang, eucalyptus and aromatic herbs are also from the island of Madagascar. Graphic patterns with an African influence, red and black are emphasized and mixed with natural beige.

You can find all the Baobab Collection candles, and also the fragrance diffusers, on our website by clicking here. Free shipping free from 60£. 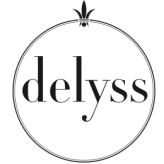